Growing Up With Tiantian

This childhood drama 3D animated series tells the story of a shy sensitive 6 year old called ‘Tiantian’. Born in a large city but with her parents fearing her ability to settle in the large school her parents decided to move to the countryside.

The story/series offers something for young children and adults alike and is both entertaining and educational.

Launched in 2017 in China it received many animation awards in its home country. 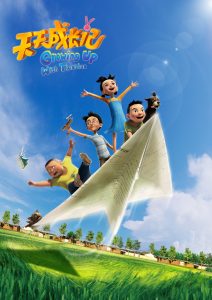